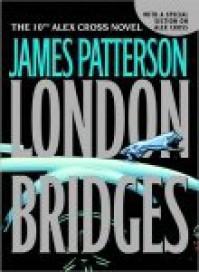 Alex was more un-believeable in this book than others. The voice-over guy on the audiobook seemed to only change the inflection of his voice, but didn't seem to be able to convey the characters' emotionally. I'm new to audiobooks so, maybe he wasn't meant to.

The Wolf strikes again. He'll huff and he'll puff and he'll blown the house down. He actually does this at one point. This guys seems to have eyes and ears everywhere. Cross seems to be in the background for the first half of the story, just tagging along.

This read was a little thinner than usual with more holes than a king-sized crocheted blanket.

It's all good though because I like fast-paced reads. For some reason far-fetched-ness is allowed in thriller/mystery at times.

On to the next.